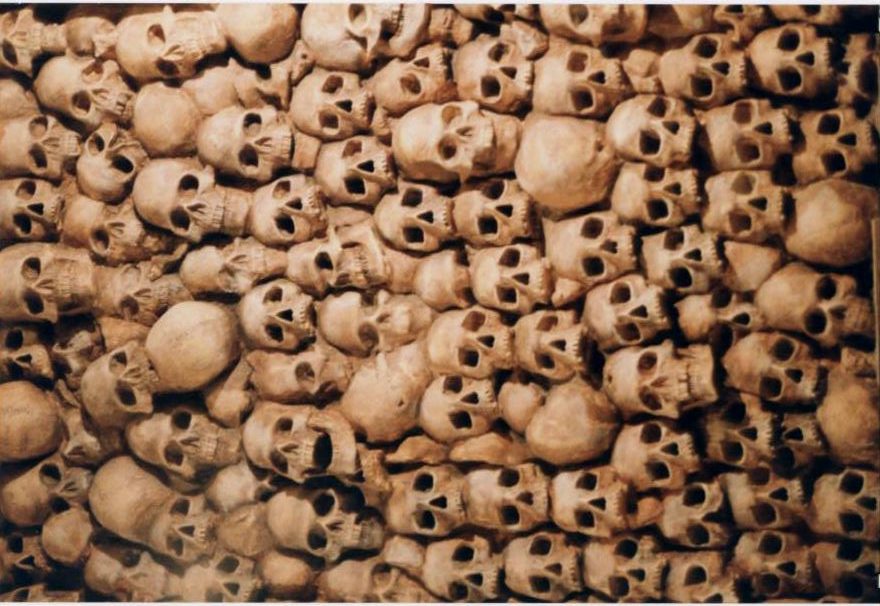 We first heard about the Road of Skulls when refugees from the northern fiefs began to stream into Furyundy. They claimed that “Iuz had constructed a road paved with skulls between the Howling Hills and Dorakaa, his new capital. The watchtowers guarding the road were said to be fueled on the flesh of living men.” So says The Official History of the Greyhawk Wars.

The rumors were, by and large, ignored. In hindsight, it would have been prudent for King Avras to send an expedition of seasoned adventurers on a reconnaissance mission to verify or dismiss the outlandish claim. On the other hand, what exactly are we talking about here? What is “a road paved with skulls.” END_OF_DOCUMENT_TOKEN_TO_BE_REPLACED

Harmonized with Greyhawk Wars; augmented and edited for Greyhawkstories.

Before the Malevolent Throne

If the stark city of Dorakaa was ugly and wicked, its palace was the nadir of such maleficence, and the reeking throne chamber its very pit. So tortuous its shapes, so horrific its decoration, so disgusting its every aspect, that few humans could remain sane within its confines. Men, and women too, were indeed therein, but of their sanity, who could speak?

The Eldritch Lord of Evil so possessed his servants and their every inclination that they scarce knew the bounds where their own will ended and his began. Twelve of these he counted among his most potent: The Boneheart. These he summoned now to his audience.

“Will you indeed take up to half my kingdom?” he muttered to himself as he waited the arrival of his thralls. Long had his jealous heart meditated on the power of Molag: an obstacle to his plans and an insult to his dignity. The time drew near to avenge himself and take back that which by rights belonged to him. “I will teach those pots of blashy piss the true meaning of hierarchy!” he snarled out loud as the first of his chosen ones began to arrive before him.

His servants sensed their master’s mood at once. Malign hatred hung in the air. It seemed to permeate the great, ghastly hall in layers of palpable evil. The closer one came to the throne of silver-set human bones, the stronger the hatred and attendant fear END_OF_DOCUMENT_TOKEN_TO_BE_REPLACED

Something wicked flickered into view. It flashed and pulsed in bursts of flame, smoke, and light that leapt up from the burning coals in the scryer’s pot. Gretyll, the eldest of the three sisters and most powerful of the three, cast another handful of smoke-raising herb onto the hot coals as Hedvyg, the youngest of the three sisters, completed the recitation of the incantation. Gunhyld, the middling sister and ever the excitable of the three, cackled and keaked, “I can see her! It’s working! I see the face of a human woman!”

“Fonkin! Be silent!” Gretyll scolded. She tossed on a third handful of smoke-raising herb and the figure formed more fully in the haze—a woman beautiful by any standard, even in the eyes of the dwarf sisters. The lovely form seemed to be made of smoke and flame, yet somehow, almost solid and corporeal. Flowing dark hair undulated and writhed as if alive in motion with the rising heat from the burning coals, and imperious lips hardened into a sneer. Those lips moved in concert with a voice that came as if from beyond Oerth, “Kneel before me.” END_OF_DOCUMENT_TOKEN_TO_BE_REPLACED 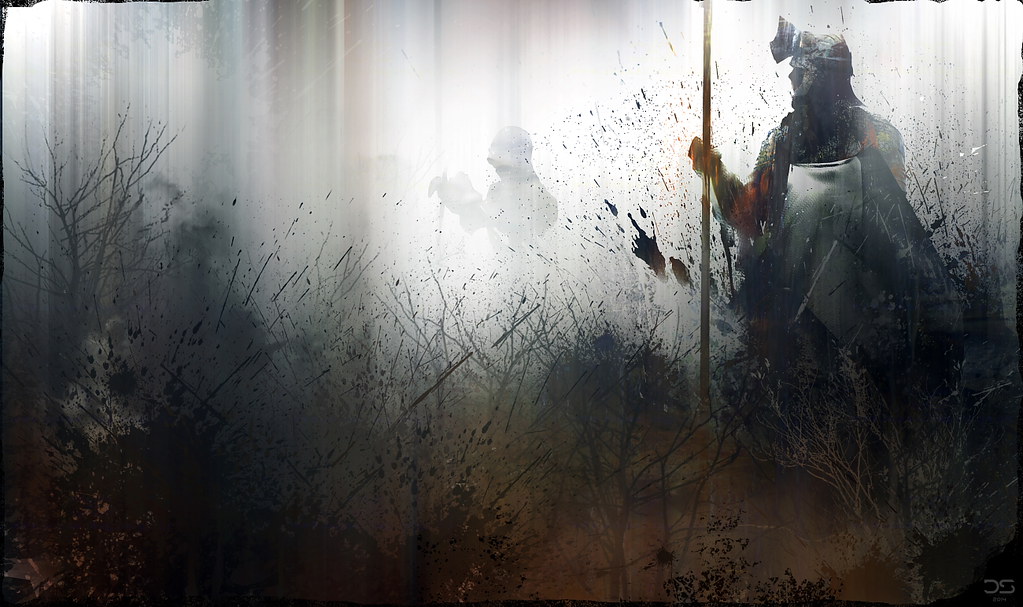 The village of Nulb festers with evil; bandits attack caravans near Hommlet; raiders strike from a new moathouse outside the village, and the menacing shadow of the Temple of Elemental Evil darkens the land. Who will stand against the growing threat?

In the Battle of Emridy Meadows (569 CY), Prince Thrommel IV brought together men, gnomes, elves, and dwarves to win a sweeping victory against overwhelming numbers of goblinkind. The legendary conflict brought the fall of the Temple of Elemental Evil and its associated cult. Download the pdf of The Battle of Emridy Meadows, a classic article by Mike Bridges. Get the inside story of the most significant battle of the sixth century Flanaess.

Turrosh Mak was born in 555 CY. He was 14 when he arrived in Greyhawk City in 569. He spent 2 years in the city as a student, but was forced to leave in 571. The primary trait which Turrosh Mak has is a desire to help his own race, i.e. orcs (he doesn’t identify with humans), and other similar humanoids. He feels that not only have then been given a more difficult position within the scheme of things, but the other races conspire to keep humanoids down. He also recognizes what he sees as a self-destructive tendency within humanoid communities, and this, as much as anything else, keeps them from developing a higher form of civilization. He sees himself as having a particular mission, to elevate the humanoids, particularly orcs, above their barbaric, fragmented culture and establish a state of “higher culture” within the humanoid community.

His experience within the humanoid community has taught him that it is their environment which leads humanoids to perpetual barbarism. In those few instances where some have lived apart from this structure, and apart from the human/demi-human cultures which also reinforce humanoid barbarism, they have grown into intelligent, thoughtful, introspective individuals with a high respect for the values of more “civilized” cultures such as integrity, truth, justice, etc. He is not against killing, especially if it is necessary in order to right the “great injustice perpetuated by and upon the humanoid community.” Those are his words.

From the Pomarj Pits

In his early years, before his capture by the Flinds, he learned first-hand about humanoid life. Perhaps it was his half-orc status which allowed him to look upon END_OF_DOCUMENT_TOKEN_TO_BE_REPLACED